Do you like Historical Fiction? How about romance and intrigue? Then we’ve got a book for you!

Stephanie from Amazon says it’s, “Beautifully written with an engaging plot that intertwines the lives of each of the main characters.”

Left in an orphanage as a young child, Miller Dreeser vowed to someday live a life of wealth and prestige. He obtained that life, with no thought of the consequence to those he used as puppets on a string to get there. His acceptance into the world of the socially elite is not enough to conquer his internal demons, and that unquenchable ambition may cause him to lose it all.

Surrounding him is a rich tapestry of characters—lives filled with love, heroics, and a yearning for more. His singular focus threatens them all. Will anyone survive Miller’s secret? 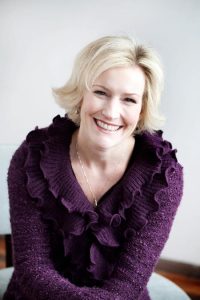 Tess Thompson is a women’s fiction novelist living in a suburb of Seattle. Like many of her characters in her bestselling romantic suspense series, she hails from a small town in Oregon. This past summer she married the love of her life, inheriting two bonus sons and three cats to go with her two girls and two cats. Yes, that’s four kids and five cats. In 2016 her novel, “Duet for Three Hands”, won first runner-up at the RONE Awards in the American Historical category. Her latest historical, “Miller’s Secret” is out today!

In addition to the sneaky peek at her book, Tess has also agreed to an interview. She’s so kind for putting up with us, don’t you agree? So let’s hear from Ms Thompson…

Thank you for the sneak peek of your book, Tess. Of all your characters, which was your favorite to write?

This is always a hard question because I love all my characters. They become real to me, like friends or family. However, in this case, it’s easy to answer. There are four POV’s in this book. Miller Dreeser, one of those four, is the antagonist. I don’t want to give too much away, but he plans something terrible. It was hard to connect to the darkness in him that would cause him to choose to do an evil act.

When did you know this was the book you were going to write?

Last April, my fiancé and his two boys, along with my two girls, went to my hometown in southern Oregon to meet my parents and brothers. We stayed at a bed and breakfast that overlooked the mountains. It was such a peaceful and happy time. Surrounded by beauty and relaxing is often when I’m at my most creative. One morning, I woke to an image of a young man looking out his bedroom window to see a young woman sketching in a notebook. I thought it would be the first scene of the book, but it ended up a scene in part II of the book, but that image was the primary seed for the rest of the story and characters.

How much of yourself is invested in each character?

Playwright David Mamet says all his characters are some part of himself. I’ve always felt that was true for most writers, as we can’t truly write characters we don’t understand on a fundamentally deep level. In Miller’s Secret, I share at least one quality with each of the main characters: the outsider jealous of those with wealth and prestige; the young woman raising a baby by herself; the woman married to a man who is absent from their family life; the young war hero who’s lost part of himself, but refuses to give up on life.

How do you realize scenery in your books? Research? Imagination? Memory?

I use research, in this case, scouring photos from the era, along with my imagination and the memory of the time I’ve spent on the beautiful California coast. For most of my books, it’s a combination of the three, especially in my historical.

What’s your favorite part of the creative process?

I love it when an image falls into my mind, like it did that morning in Oregon, and the entire book sort of writes itself. I also love when characters or plot surprises me in the middle of the writing process. I love rewriting, fiddling with sentences and paragraphs until it expresses exactly what I want it to.

What one thing are you uniquely proficient at that is not writing?

Well, this one gave me pause. I can’t think of a thing! Drinking wine? Does that count? (Editor’s note: yes, it totally counts) I have to write because I’m not very good at most other things.

If you could have any super power, what would it be?

Travelling via teleporting. Is that a super power? (it is.)

Where can we get your book?

Everywhere that books and ebooks are sold. If you’re a book store consumer, you may have to have the clerk look it up for you and have it ordered. Other than that, all the ebook platforms, and, of course, Amazon for both paperback and electronic. If you’re on a budget, ask your local library to order it for you.

What’s next for you?

I’m currently finishing the first draft of the fourth River Valley series book, Riversnow. This will come out in April. After that I’m writing the sequels to my two historical, Miller’s Secret and Duet for Three Hands. Both these books require a trip to France for research. Fortunately, my new husband has agreed to take me there for a honeymoon this coming summer.

-Thank you Tess! And have a great time on your honeymoon!